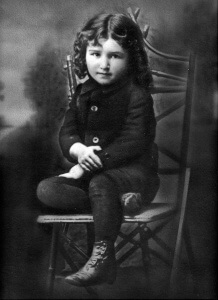 My Father came to this country when he was 12 years old with his parents, sisters and brother Paul. He said that it was difficult to leave because he was very happy there. He always spoke to me about his pet Goat, that he remembered fondly. He told me that he was sad to leave the goat when he got on the boat to come to America.
Also, when my Father and his family arrived in New York, they were on Ellis Island. The American authorities asked them a lot of questions including what their names and ages were. Since they did not have American sounding names, the authorities just ‘assigned’ them a name! My fathers’ brother Pincus was give the name ‘Paul’. My father, whose name was Nachman, was given the name Nathan. Also, they were assigned ages that were actually younger than they really were. This became a problem when they got older and wanted to collect Social Security!