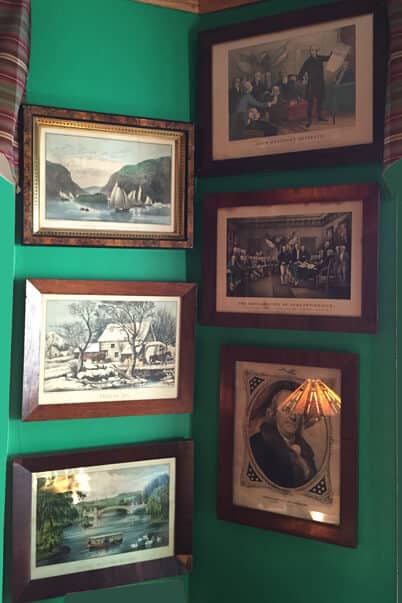 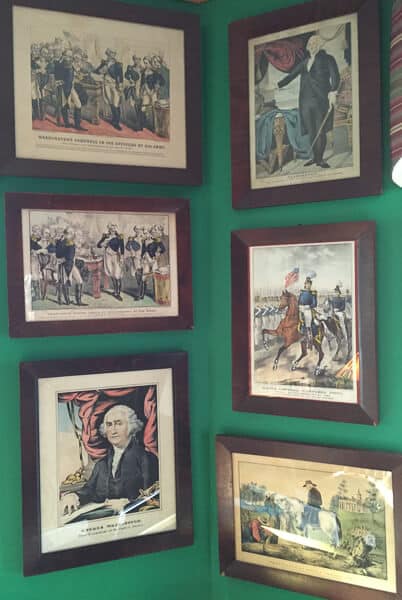 Ken collected original Currier and Ives prints ever since we first got married in 1971.  He used to save quarters, and when he had enough, he would buy one. The first one he bought was $30.Ken collected Currier & Ives lithographs because he loved history so much. 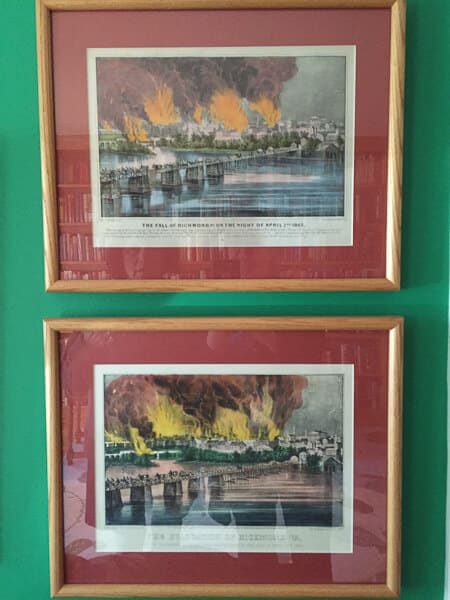 Ken also collected mugs made by Royal Doulton. Most of them are related to figures in history or other people Ken found interesting. For instance, we have a mug of W.C. Fields because Ken loved W.C. Fields.

All of these glasses from different colleges were also collected by Ken. Whenever we traveled or when the kids went to college, his one requirement was that they’d bring him back a glass. So we have more glasses here than we know what to do with!