You are here: Home / Uncategorized / Growing up non BB

I was born in 1942 and lived in Kew Gardens, Queens until I was 10. We lived on the third floor of an apartment house. The apartment that we lived in was always dark, all the rooms, and my parents seemed ‘dark’ as well. I don’t remember my parents laughing or smiling. I shared a room with my brother.

My father worked very hard in his laundry business, 6 days a week. On Sunday he worked on the books from the store. My mother always seemed depressed to me. She didn’t speak too much.

Every day I looked forward to my father coming home from work, usually about 7. He was so very tired from working hard all day, but always had time and energy for a hug. I used to ask him to take me for a ride on Sunday in the car. One Sunday we went to the airport to watch the planes. One Sunday we went to Coney Island and he bought me a huge red balloon. He was such a good Daddy. 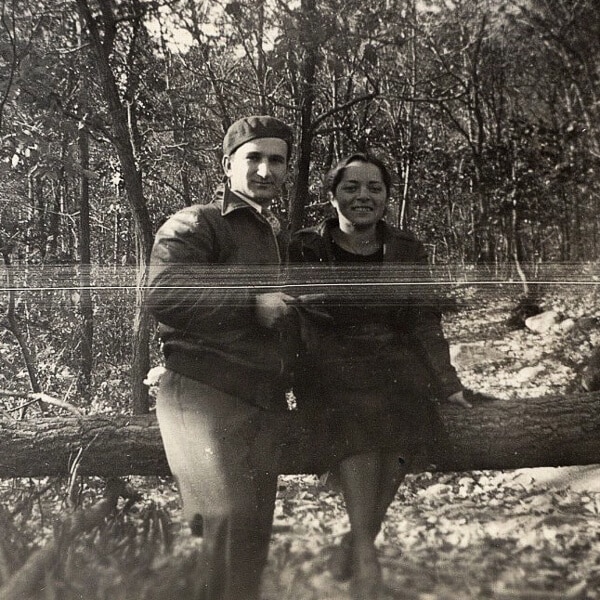 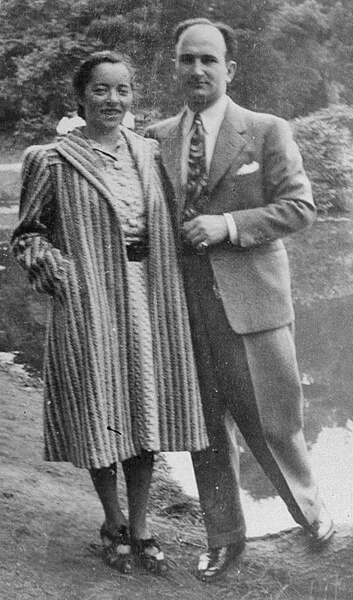 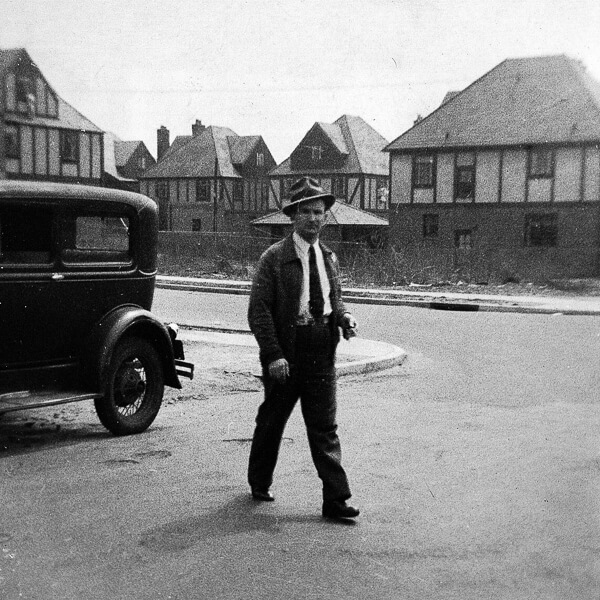 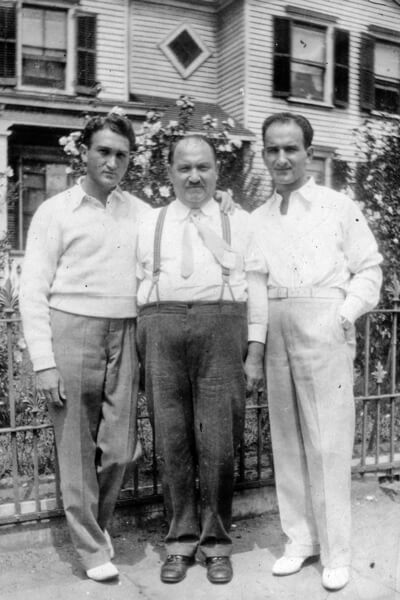 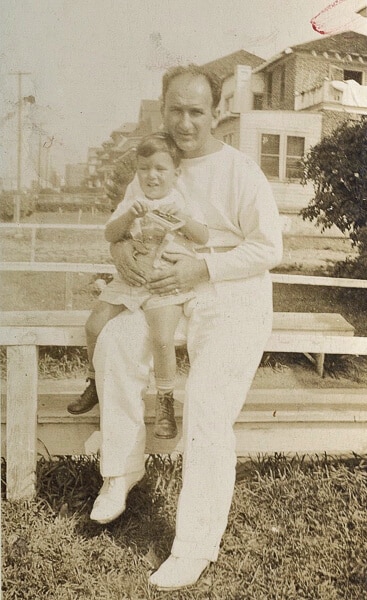 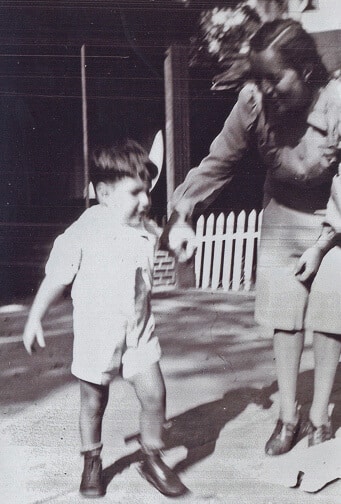 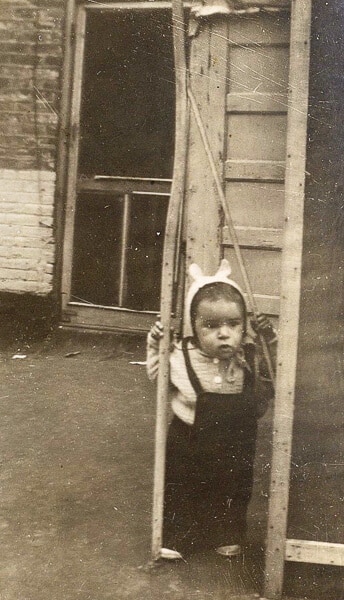 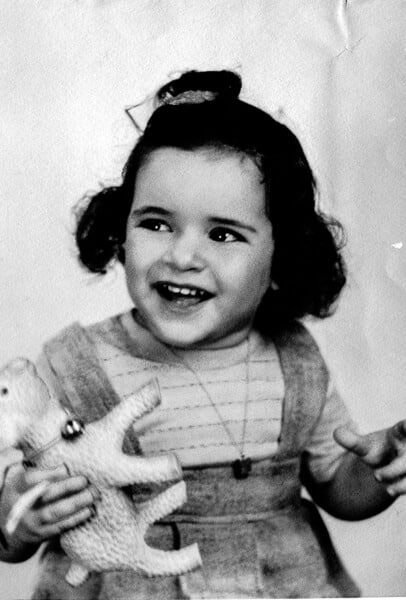 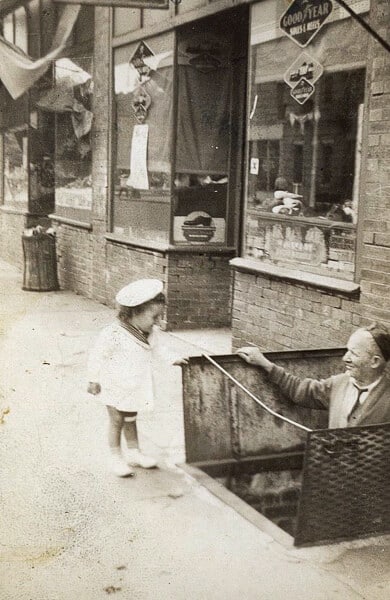 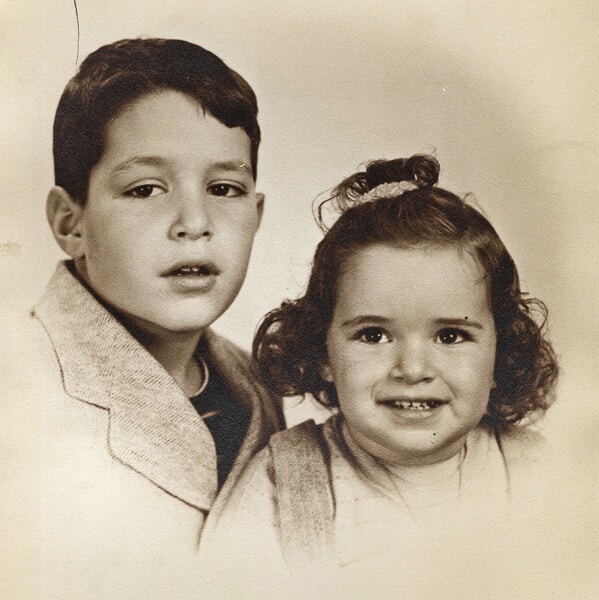 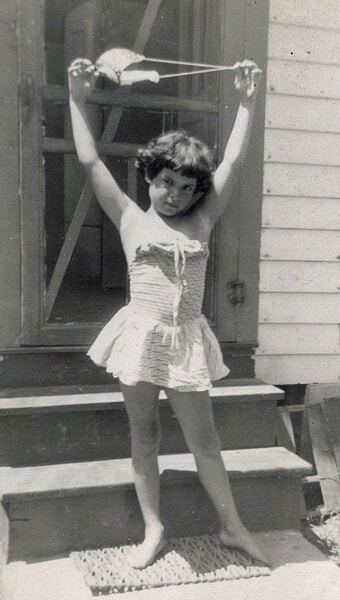 My Brother and Me

When I was born, on September 15, 1942, my parents and brother lived in Kew Gardens Queens at 118-41 Metropolitan Avenue.  We lived on the 3rd floor of a walk up apartment building with no elevator.  My brother Bert and I shared a bedroom – and boy, did we fight all the time!  His side of the room had a window out to a fire escape, and my side of the room had the doorway to the rest of the apartment.  When we had our usual brother/sister fights, we would draw a chalk line down the center of the room.  I could not go on his side, and he could not go on my side – – the problem was that the doorway to the rest of the rooms was on my side, so he HAD to come on my side to leave our room – darn!

Bert had a lot of comic books, an erector set, and a wood burning set.  I had a stuffed brown dog that I loved named ‘Brownie’. Our telephone number was VA 9-2966. The phone was black. We lived there until I was in the middle of the 4th grade, when we then moved to Brooklyn – 554 Montgomery Street.

A Happy Memory of My Father

Ever  year, on a Sunday in the fall, my Father took us for a ride to see the leaves turning color at Bear Mountain – and – to get away from the city and breathe in the fresh air.

And so, each year, my father, mother, brother and I, got into our shiny black car with running board, and left for our trip to Upstate New York. My brother and I sat in the back, following orders to keep our windows rolled up and tightly closed – because my Father knew that if they were opened – even a crack – there would be a draft which would cause him to get sick.

Yes – my Father was so afraid of drafts, that when we went to a restaurant – after air conditioning became popular –  he picked his seat out very very carefully to avoid any drafts – and then, he wore his dinner napkin around his neck, like a cape, to ward off the evil drafts!

At any rate, there we were, the four of us, on the way to Bear Mountain for our fall outing, with the windows tightly shut – –

After we drove a block or two, my father pulled over to the side of the street, and with a bit of a flourish, proudly lit up his cigar – his long El Producto Cigar – filling the interior of the car with Cigar smoke – which we all then breathed in for the next two hours!

After he lit the cigar, he turned around and gave me the gold paper ring that was around the cigar – to wear on my finger.  I loved when my Daddy gave me this gold ring because it made me feel like his special little girl. It wasn’t a fancy toy – not an expensive American Girl Doll or an expensive video game – it was just a simple paper gold ring – such a small, insignificant gift – but it made me so happy that I remember it to this day.

When I was 10, my mother had a serious accident and wasn’t able to take care of my brother and me anymore. We were blessed at that time by some extraordinary people: my mother’s sister, Aunt Ida and her husband, Uncle Phil.  They had just married.  In order to look after my brother and me, they bought a two family house in Brooklyn.  We lived upstairs with my father while they lived downstairs.

I loved living in Brooklyn, down the street from Ebbets Field. I remember lying in bed at night listening to the crowd at Ebbets Field. I knew that if there was a loud roar, it meant that the Dodgers got a hit or even a home run!  Admission to the Bleachers was 60 cents – or – 10 Elsie wooden sticks. Elsie sticks were from the ice cream popsicles you bought from the ice cream man.  Most people threw the sticks away. I would walk along Montgomery Street looking for the discarded sticks. When I found 10 I would rush over to Ebbets Field to watch the Dodgers play baseball.  I loved the crack of the ball hitting the bat. I loved walking up the ramp to the seats for my first glimpse of the bright green grass!

When the game was over I used to stand at the gas station on Bedford Avenue where the players parked and ask for autographs.  I remember that Duke Snider drove a convertible and Willie Mays (when the Giants visited) drove a big Pink car!  Ebbets Field was a happy place to be.

Just a few blocks from Ebbetts Field was Prospect Park.  It was a wonderful little zoo with a few elephants, seals and monkeys. In those days, you could just wander around the zoo looking at the animals. There was no admission.

When I was about 15, a carousel opened right near the zoo. Oh my, I adored riding on the carousel!  I believe that it is still there on Flatbush Avenue.

During a cold winter, the lake at Prospect Park would freeze over, and my brother would take me ice skating on the lake at night. It was really beautiful and really cold!

Across the street from Prospect Park was the Grand Army Plaza Library, the Brooklyn Botanical Gardens, and the Brooklyn Museum. I really liked the Museum and their ‘mummy’ exhibit which I believe is still on display.

I remember going from place to place by trolley car or bus or subway train. It cost 15 cents and if needed, you got a transfer for the next bus.  The trolleys ran along Empire Boulevard, were wooden, and attached to overhead wires. Boys were always hanging off the back of the trolley for a free ride. 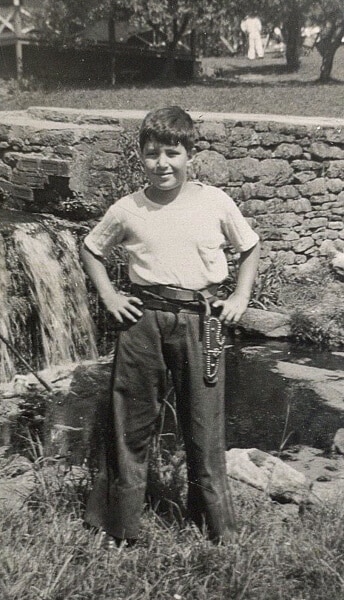 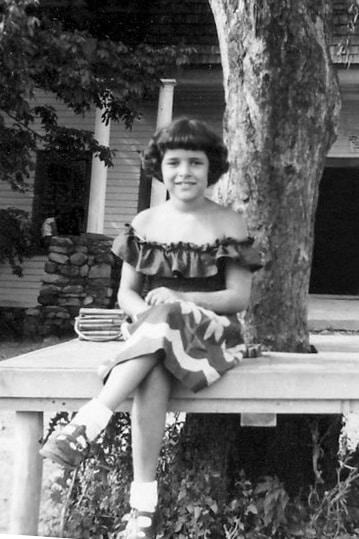 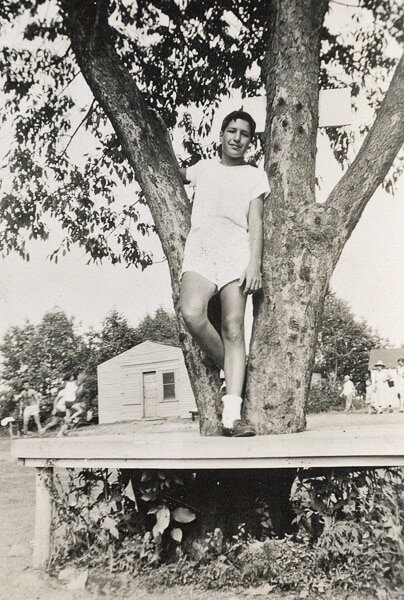 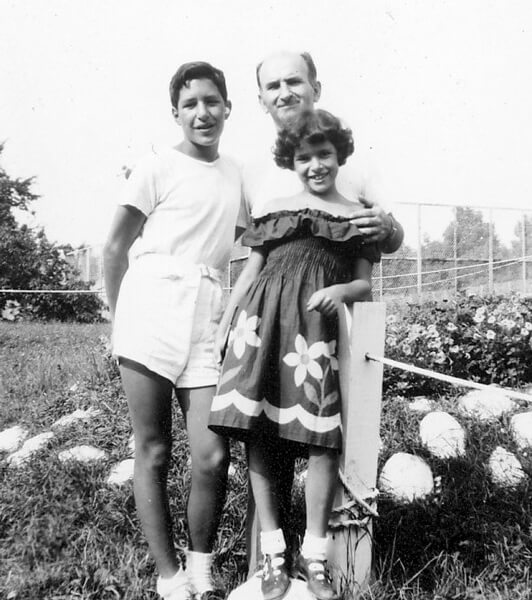 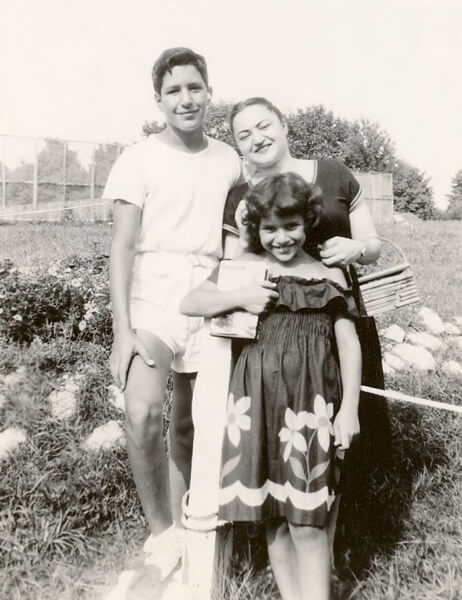 There was the iceman with wagon and horses, who would holler “Ices here, ices here!” When he stopped, you could buy “ices” shaved off a big block of ice into a paper cup with syrup on top! There was “Joe the vegetable man” who drove a truck down the street filled with fresh vegetables. My mother would send me to the truck to buy what she needed. Joe had a big silver metal scale that he hung from the top of the truck. Even as a child, I did not have confidence that the scale weighed the produce accurately!

We even had a truck that came down the block with children’s rides on it. You would pay a nickel, climb into a cart on the truck, and get whirled around until you fell sick!

But by far, the MOST exciting – the BEST –  truck that came down our street was The Good Humor truck!  I waited each and every day for the Good Humor man. Each day I looked at the list of ice cream on the side of the truck (it was the same each day). Each day I picked out the same thing! I watched carefully as the man opened the latch on the back of his truck, saw the “white smoke” come out, and then saw as he pulled out my ice cream: a cup of vanilla with strawberry on top! 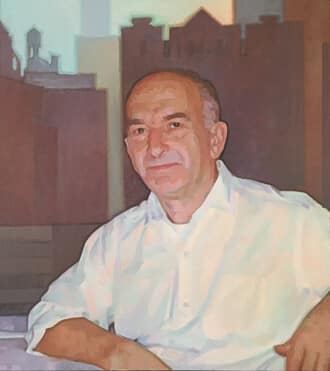 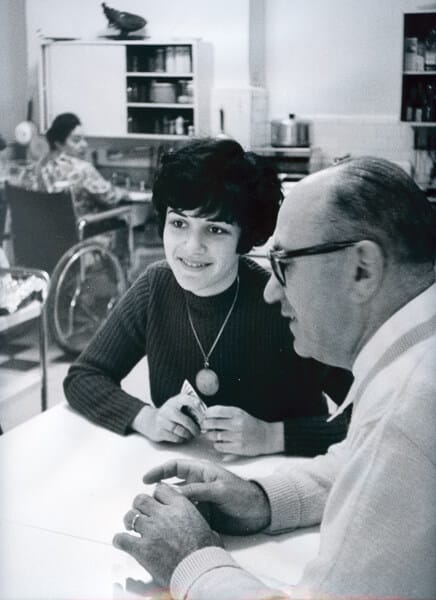 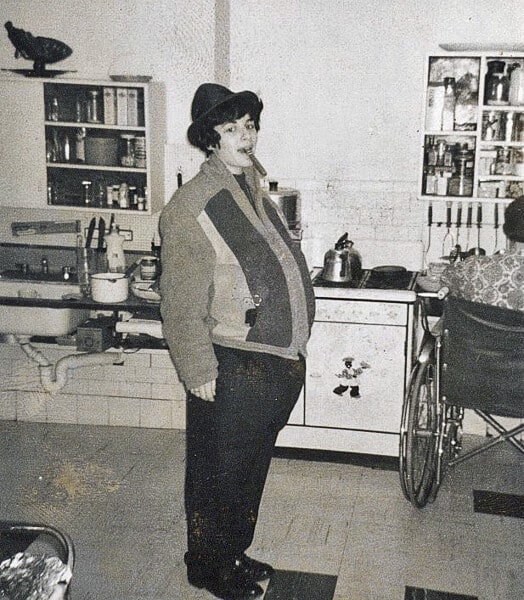 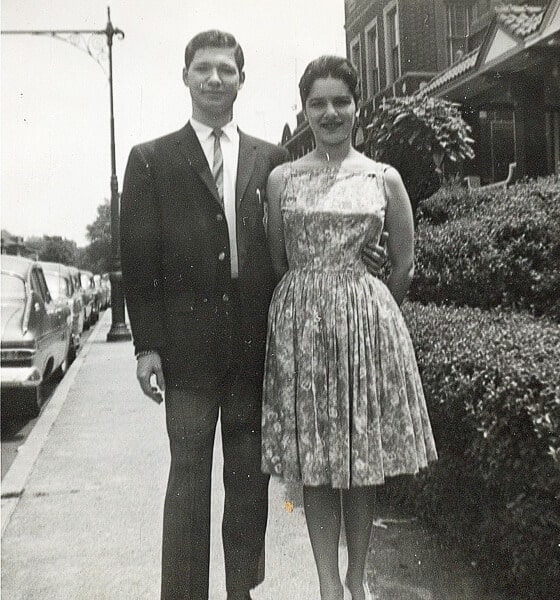 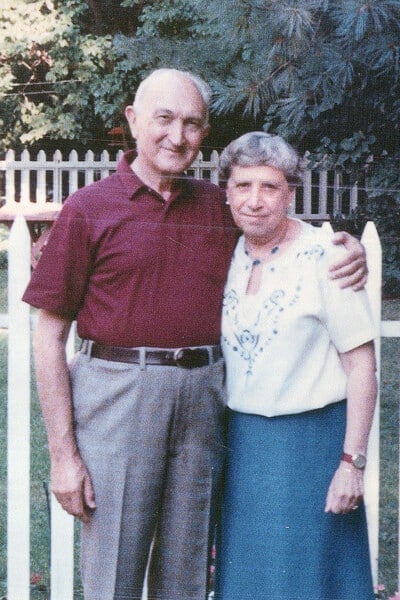 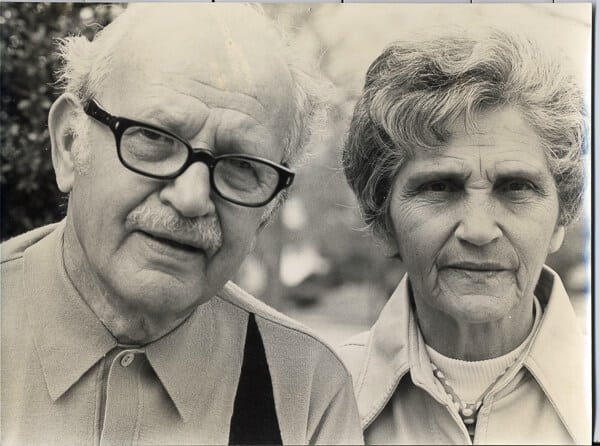 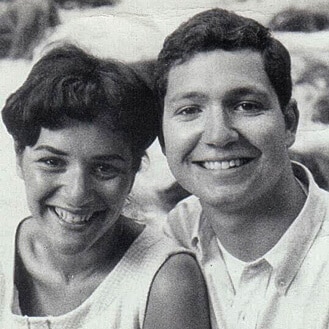 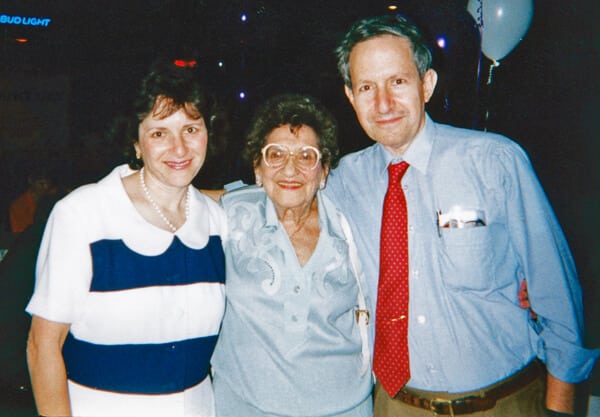